Off-topic general discussion, for everything else.
Post Reply
477 posts

then you wanna watch this one.

then after that it's the War of the Roses.

and ya know actually, the best description i've ever found of that, is this:

aaaand then, you get yours ;P

im trying to find what is my favourite Documentary series, about the Renaissance painters... but i cant seem to find it. there's an episode on each...

the northern renaissance is actually before the new italian renaissance, but it was just sort of less heard of, and was only about painting, where the actual renaissance was more about people trying to be multi-faceted. most people dont know, but the artists were only artists in their spare time.. a lot were like architects, or city planners, all sorts. they were just regarded as smart people basically, but part of 'being smart' was painting. fashionable

but if anyone asks you who the best painter was, the answer is without a doubt, Johannes Vermeer.
that guy like invented renaissance painting, a couple of 100 years before the renaissance.

when the standard was this sort of stuff:

he was doing this sort of stuff: 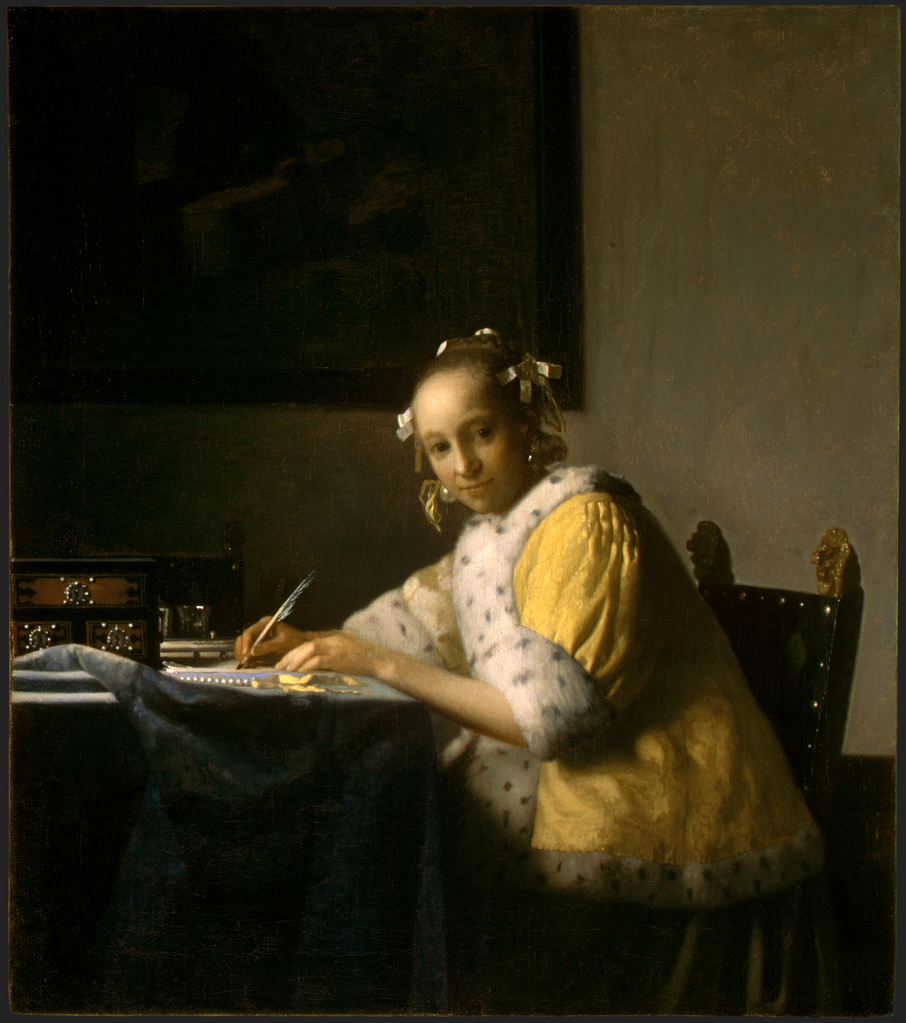 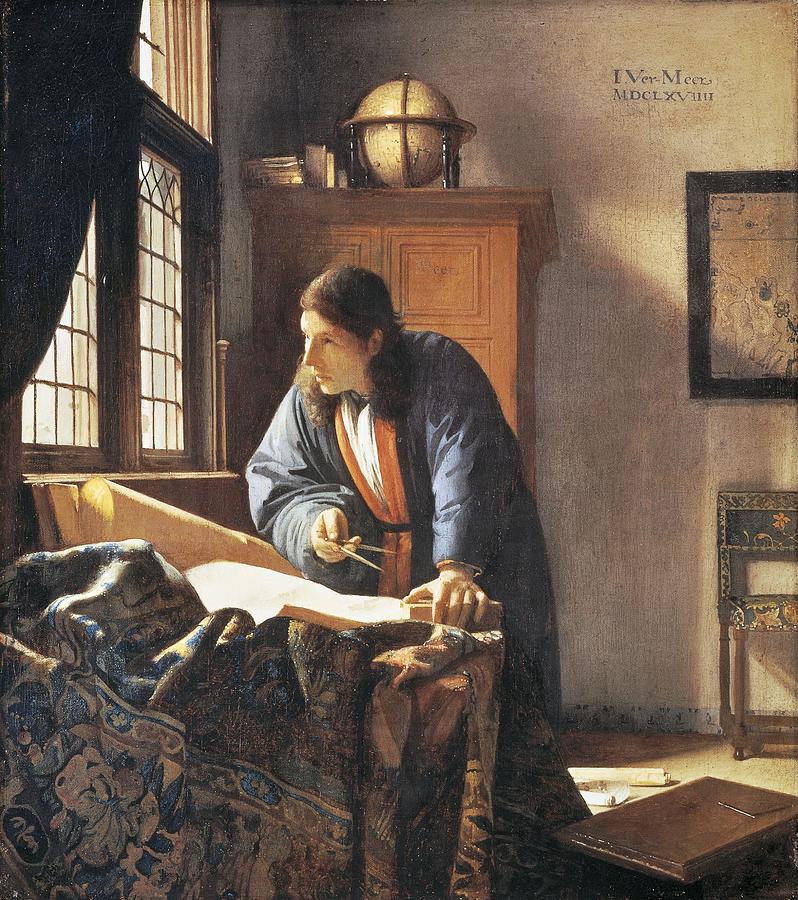 i cant find the documentary series... so... i will have to tell you the story myself

it's about the ninja turtles. well, not really, but their namesakes.

other than Donatello, who was a generation before them, Leonardo, Raphael, and Michelangelo were all around the same time. Leonardo was in different city.. im not sure, but it might be that Leo was in Venice and the other 2 in Rome... or Florence..

the story concerns Raphael, and Michelangelo.

Michelangelo was slightly older, and was predominantly a sculptor, working with marble and stone, as was Donatello some years before. But as painting became more popular, it became regarded as a superior art from, comparing the refined strokes of a brush, to the brutal hammering of a sculptor. Raphael was a young painting prodigy, swanning about in fine silks and the company of high society. while Michelangelo would always be covered in dust and chips, and basically wearing his overalls.

Raphael was such a cocky lil bastard, that he managed to get commissioned to paint the basilica in the Vatican, and in so doing, paint over the works of artists previously held up as masters. which is pretty insulting to them, he was that kinda guy.

Raphael and Michelangelo hated each-other, and Raphael had the ear of the Pope. so when it came up that someone was needed to paint the ceiling of the chapel; as a trick, knowing that it was an important and famous job, Raphael recommended Michelangelo.

Michelangelo had not painted in about 20 years, since he was a student. the style was a rare and extremely difficult fresco, where the paint has to dry into the plaster, and on top of that, it had to be painted several meters up in the air, and on your back. but refusing the Pope was not really something you did.

Both men ended up working at the Vatican at the same time. Raphael was working on his picture of The Academy - a representation of the school of philosophy set up by Plato, that trained Aristotle, the father of logic. around The Academy would be all the great people of history, Plato, Socrates, Alexander, etc. it was to be his greatest painting.

for months, and possibly years, Raphael would troll Michelangelo, who kept the Chapel sealed and off limits to everyone. not allowing anyone to see inside until it was finished.
Raphael wanted to see the sort of mess Michelangelo had made of it, and report him to the Pope.

So one night Raphael paid off the guards and snuck in, to see exactly what he had been up to.
That chapel, is The Sistine Chapel, and after seeing it, Raphael want back to his fresco of The Academy, and painted in Michelangelo. 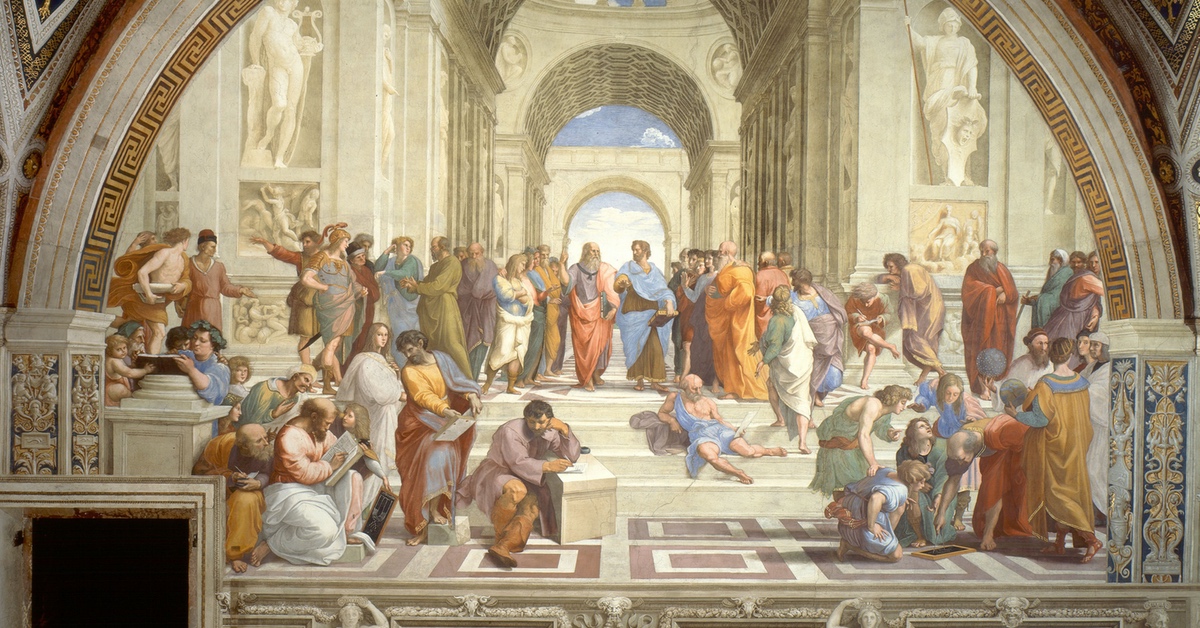 
if you can find the series, it's just called Renaissance Artists or something.. it does a few others, but thats the best bit

there is actually a hong kong comedy group, of like this guy, samo hung, jackie chan.. couple others. they cross over a lot in a few films.

by the way if you wanna see what the Native British were like, before the Romans civilized a bunch (that became wales), because the Saxons (Germans) came over and took over England.

it was basically this:


reminds me of home

Quite a lot of Americans are descended from the actual British by the way, the Irish line.

see why it's a bit messed up that they say "the Anglosphere" when they talk about white people.. like, the angles and the saxons are both german tribes. that's what the separate kingdoms are in Vikings, Mercia, Wessex, Northumbria, and another couple. the 2 biggest were Wessex and Mercia i think, which was the Angles and the Saxons. England is named England, because it's Angle-land. I guess the angles were Wessex then, cos that's who won - Alfred the Great. but that was a few 100 years after Rome pulled out of Britain, because the empire fell, because of Armenius... the German... maybe then i guess...?

History is pretty interesting. but yeah the British have had a pretty tough time tbh. even the Saxons got nailed a bunch by the Vikings, then conquered by the Normans.
... then we got sent on a load of fkin crusades

the reason we have all the wars with France, is because of family squabbles between the Norman king of England, and the French king. it's really jack shit to do with us - the saxons, british, or the vikings that settled after they took over the whole danelaw area. same with the crusades. French shit... but we had to do what we were told cos big ass castles everywhere. people think they were there to defend the people from invaders

no they were there to keep the area under control.

i dunno tho, Saxons kinda deserved it after fucking over the British. anyway, ya see why we have a pretty balanced system now?
it's the result of all these groups fighting. it should be able to handle more groups. it shouldn't matter if they have a slightly darker skin tone, but they have to buy into the system and play by the rules.

so... that's the western world, basically. America's system is based on ours, more or less.

(see im actually from Cumbria, which is a very weird place. it's named after the welsh word combrogi, which means "fellow countrymen"...
it used to be part of Scotland, but it's switched hands a few times between Scotland and England, and between Lancashire and Northumbria.. there's a lot of like sandy marshland separating things in Cumbria, so we got mostly left alone.
it's also one of the few places that was settled by the Norwegian Vikings, not just the Danish, because they sailed over the top of Scotland, and would pillage Ireland from the Isle of Man (that island between Ireland and the British Mainland), and they settled a bit on the coast of cumbria, which is where im from.. so im like, 25% Irish on my mums side, 25% Scotish on my dad's side. then 50% English. and the English is made up of German, Danish, Norwegian, British, and i guess maybe a bit of French.)

+i said before, but might as well say again cos relevant. but Britiannia is the roman name for Britain. the actual native name for it, is Albion.
Last edited by Calvin on July 1st, 2020, 9:18 am, edited 1 time in total.
AoS Paladin 4eva

Stranger Thing season 1 was great, but 2 and 3 are a lil ruined by the political stuff.. still some great stuff in there.

btw i only watched about 5 mins of this before posting it. i dont need to cherry pick things that support my arguments.. i just need to know they are smart and they'll be talking about the same thing.
AoS Paladin 4eva

ya know... stories are important... ancient British druids didn't have writing. they thought it was bad for the memory, and relied on passing things on by word of mouth, through song and story. until the Romans tricked and killed them all..

there was some polish guys living in the same house i was in one time, and Emil was asking what a druid was. after failing to explain it Jack settled on just saying "Cal is like a druid".

need to lighten the mood ...

this sorta thing, a lot of it.

i actually haven't seen this...

i've seen this though

bit obvious, but Game of Thrones is still worth a watch even tho they ruined the last few seasons.

i think Vander will appreciate it especially.


urgh.. just adding this, this is the clip i saw of tommy that made me think he was an alright bloke.
honestly, the tribal mentality you've seen here is pretty much just par for the course.

careful what side of history you are on.

Return to “Off Topic”